Skip to content
CEM Seminar Series: What Were Tackled in the Last Quarter of 2016? 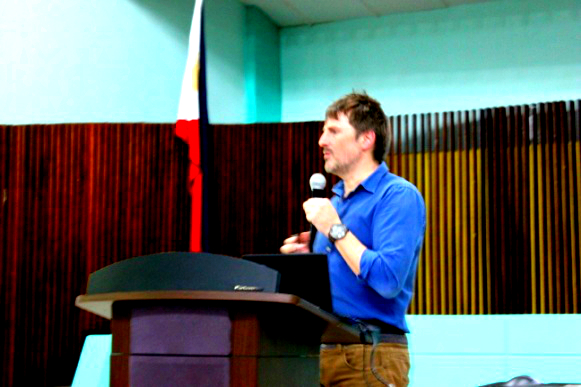 The College of Economics and Management regularly hold seminars as part of the college’s initiative to showcase relevant studies that could address timely, interesting, and socially critical issues. During the last quarter of 2016, the college was able to conduct 6 seminars from different departments.

The Department of Economics (DE) conducted the first seminar on October 14, 2016 with a topic of “Using Experimental Economics to Develop a Segmented Policy Strategy for Rice Value Chain Upgrading in Africa” in ICOPED Auditorium. The seminar was conducted by Dr. Matty Demont from the International Rice Research Institute (IRRI). The seminar mainly showed how experimental economics was used in coming up with different policy strategies for rice value chain upgrading. The study conducted experimental auctions to investigate the consumer’s revealed preference for various quality attributes of rice in 11 major African markets. The study revealed that although African rice was cheaper, consumers tend to consume imported rice because of its inferior intrinsic and extrinsic quality.

Similarly, a seminar hosted by the Department of Agricultural and Applied Economics (DAAE) was conducted on October 21, 2016 in NCAS Auditorium entitled “Intelligently Managing our Obsession with Rice”. The seminar was conducted by Dr. Emil Q. Javier, an Academician from the National Academy of Science and Technology (NAST). In this is seminar, Academician Emil Q. Javier discussed about the Philippines’ obsession with rice and how we can intelligently manage this obsession. Also raised in the seminar was the question of can we grow enough rice to feed ourselves and at what cost. The speaker offered a three-pronged strategy: i) further intensification of rice production in favorable areas; ii) paradigm shift from producing rice to raising farmers’ income; and iii) managing demand for rice. He concluded that rice self-sufficiency can be a national aspiration, but not as an absolute target.

Furthermore, 2 more seminars were hosted by the DAAE on October 26 and October 27. On October 26, 2016, DAAE hosted the “Food Security Forum: Safe, Nutritious, and Affordable Food for All” held in NCAS Auditorium. The speakers invited were the former Dean of the College of Agriculture – UPLB, Dr. Domingo Angeles; Provincial Agriculturists Marlon Tobias and Nelson Querijero; and Assistant Professor from the Department of Agricultural and Applied Economics, Dr. Marc Jim Mariano. In this forum, former Dean Domingo Angeles discussed the topic on attaining food security in the midst of climate change. This was followed by the presentation of Mr. Marlon Tobias on the contribution of Laguna to food security development in the Philippines. How to cope with the challenges to food security was discussed by Mr. Nelson Querijero. Lastly, Dr. Marc Jim Mariano talked about the implications of price interventions on food security in the Philippines.

On the other hand, another seminar was conducted by the DAAE on October 27, 2016 in ICOPED Conference Room with a title of “The Game of Rice”. The seminar was delivered by Professor Randolph Barker which is a Professor Emeritus of Cornell University as well as an IRRI Emeritus. The GAME OF RICE is an interactive computer game that simulates the experience of a Filipino small-holder rice farmer as he attempts to earn a profit producing rice. The speaker selected four students to play the role of a rice farmer in Central Luzon game, and make decisions for their ‘future’ farm, input use and management practices. The winner was determined either by the average yields obtained, or by the average net returns. The question of whether the winner was a better manager or just fortunate in having fewer of the unpredictable events was an interesting point of discussion.

Following the seminar series hosted by DAAE, a sequel seminar on experimental economics was hosted by the Department of Economics. On October 28, 2016, a seminar with a title of “Using Experimental Economics to Elicit Farmer’s priorities in Rice Breeding in Asia: The Development of the Investment Game Application (IGA)” was held in ICOPED Auditorium by Dr. Matty Demont of IRRI. The seminar further discussed practical applications of experimental economics specifically through the development of an Investment Game Application. The application provides a timely market feedback to public rice breeding programs and involves farmers as part of the decision makers in choosing which variety to produce. The application creates markets to obtain information on values from farmers as well as places the farmers in the shoes of the donors to create their ideal variety in public rice breeding. The results of the IGA produced: 1) abundant information on model varieties farmers want to improve; 2) optimal product profiles by season, region, gender, etc.; 3) investment portfolios needed to the optimal product profiles; 4) ex-ante impact of the optimal product profiles; 5) gendered intra-household decision-making power; and 6) gendered performance in designing optimal product profiles.

On the other hand, a seminar was conducted by the Institute of Cooperative and Bio-Enterprise Development (ICOPED) on November 24, 2016. The seminar title was “Convergence in Community-Based Supply Chains” which was delivered by Ms. JP Roma D. Domingo in ICOPED Auditorium. The main focus of the seminar was to present the convergence of stakeholders found in the supply chains of community-based enterprises under the OTOP Program in La Union.

Finally, another seminar was also conducted by DAME on December 12, 2016 held at CEM Lecture Hall. The seminar topic was on “Momentum Returns and Idiosyncratic Volatility: China is Different”. The guest speaker for the seminar was Dr. Gilbert V. Nartea, the chairperson of Department of Finance, Waikato Management School, University of Waikato.

All CEM Seminar Series were attended by eager students and faculties alike. Furthermore, as the CEM seminar series is an on-going activity as part of the college’s initiative in disseminating relevant scientific information, upcoming seminars are already being planned by host departments. Upcoming seminars are tentatively scheduled on February to April and August to November of 2017, including one hosted by DAME together with the College of Agriculture (CA) , UPLB Center for Technology Transfer and Entrepreneurship (CTTE), and the Embassy of Netherlands to be held on March of 2017. 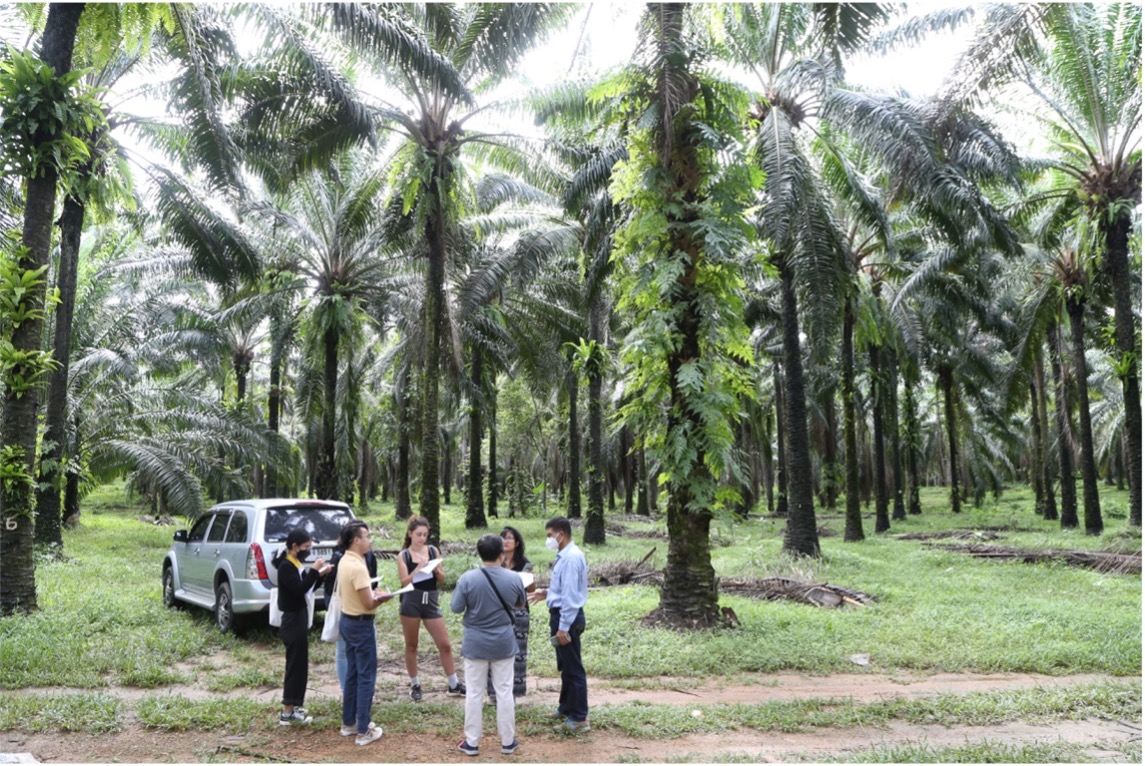 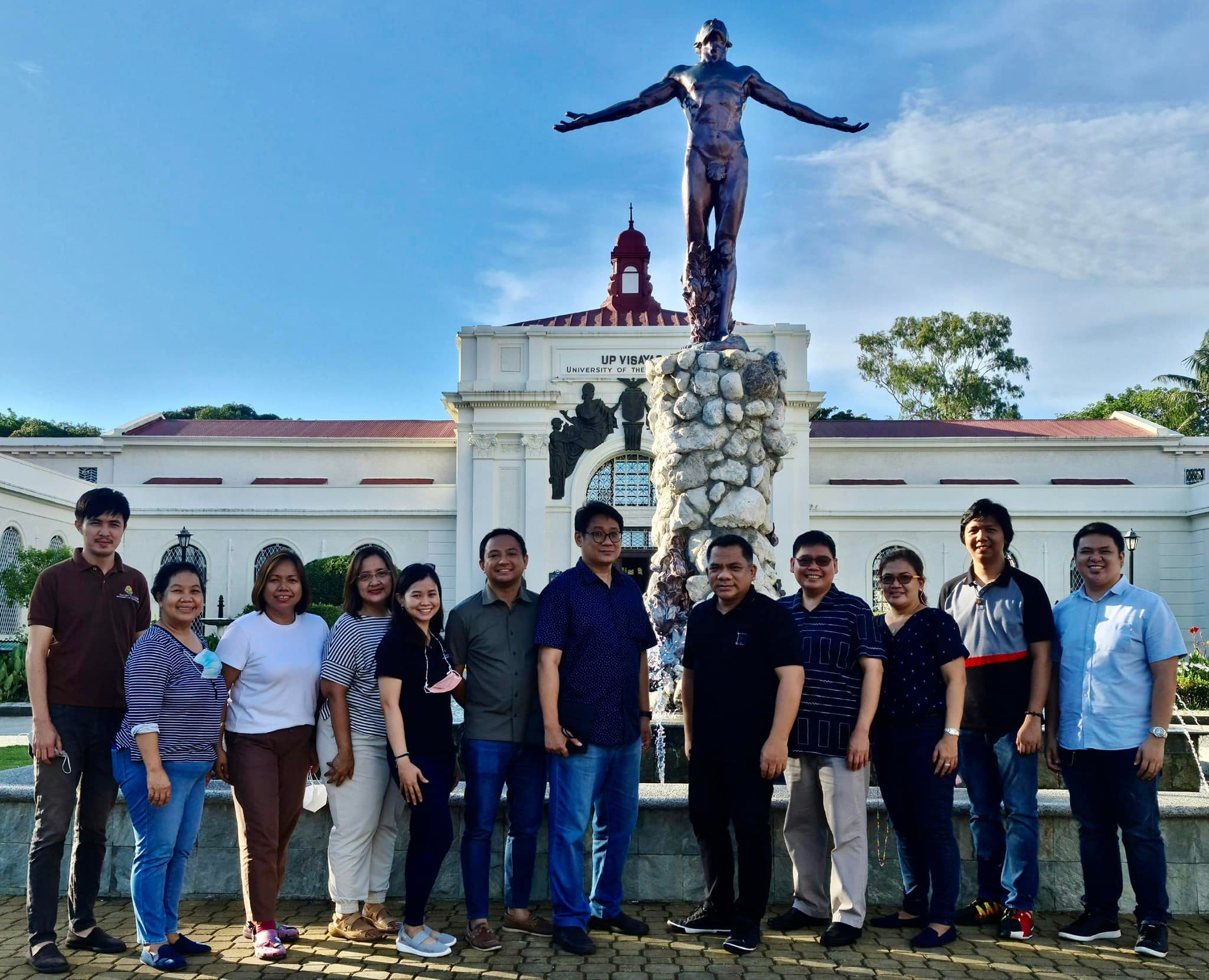